This contribution is applicable to all inhabitable buildings and is calculated based on a fictitious rent (La valeur locative cadastrale). This amount is usually found on the online listing or can be provided by the realtor or seller.

The tax is due annually and paid for by the person who owns the property on the 1st of January. So if you buy a property and you became the owner after the 1st of January, the previous owner will have to pay the taxes for that year. The rate of this tax depends on two things: where the property is located and what "category"  the property belongs to. Since local lawmakers are free to decide on these rates, there is a lot of variation depending on the city. In 2017 these rates ranged from 13.38% (Paris) and 45.65% (Lille).

And like this maze is not enough, there are a range of exceptions that can reduce or raise the base amount that is taxed. Facts like the number of inhabitants, inhabitants with a disability, etc. can lower your taxes while in some cities second homes are taxed higher. For more information on this topic, we advise you to take a look at the website of droit-finances (!French). President Macron also has the ambition to expand the exception rules to 80% of the population, so be aware that there might be some changes with regards to this tax.

This tax shows some similar traits to the "taxe d'habitation". It has the same basis for the calculation (the fictitious rent) and differs for each department. However, the period for which you have to pay, is based on the actual occupation of the property. If you go on a holiday for more than 3 months or if the property is not inhabited for a certain period, you will not be taxed for the period of vacancy (if you communicated this vacancy). Another difference with regards to the taxe d'habitation, is the fact that about 20% of the base amount is deducted for expenses. Exemptions and deductions are also made based on age, income, etc. The difference in rates is somewhat absurd, ranging from 2.6% to 45%. Unfortunately, we did not find a complete (or official) list of these rates online, so inform yourself locally or contact a fiscal expert!

This tax is the equivalent of the Taxe Foncière sur les propriétés bâties, but only applies to land without buildings. Rates here range from 4% to 136% of the fictitious rental income. 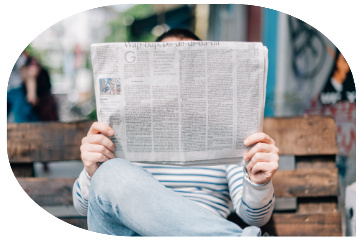